Eating Disorders Do Not Discriminate 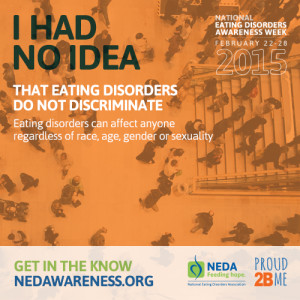 Eating disorders are serious, brain-based, biological illnesses and they do not discriminate.  They affect all genders, ages, and ethnicities.   The idea that eating disorders only affect a certain group of people prevents those who are suffering from getting help.  Here’s the facts about eating disorders: