And Then Diet Culture Did This… 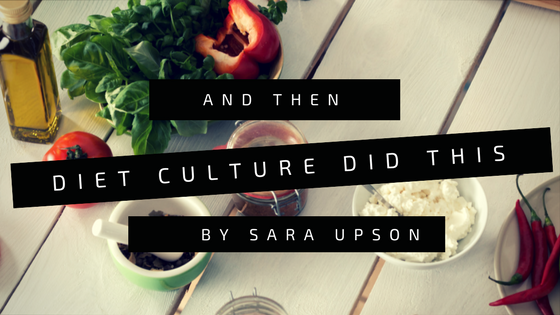 I am a huge fan of intuitive eating. It revolutionized my life! And I love helping people reconnect with their bodies to become intuitive eaters. Lately though, I have seen this troubling trend of diet culture manipulating intuitive eating.

Then diet culture went one step further and changed a key element of intuitive eating- permission- to something completely different probably most accurately described as permission to think about food, but not permission to eat it. ARGH! For example, diet culture says that when you recognize that your body wants a hamburger, instead of eating it, you acknowledge that your body wants it, and “intuitively” decide to eat kale salad. OR when you’re choosing between cake and an apple that you should intuitively choose the apple. This is diet culture. It is NOT intuitive eating. At. All. 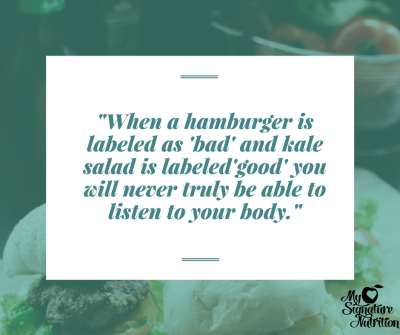 so that you can eat, savor and be done (with no ongoing guilty thoughts). It is this element of permission that also opens the door for your body to intuitively desire kale salad, and apples.   When a hamburger is bad and kale salad is good you will never truly be able to listen to your body. Diet culture says that labeling foods will help you make better choices and feel safe, but it actually encourages dysregulated eating, overeating and weight gain.   And when you label food like this, sometimes you’ll actually want the kale salad, but instead choose the hamburger!